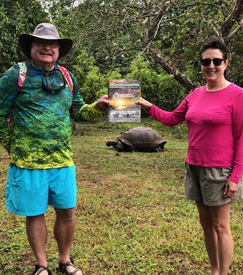 Happy Birthday, America!!! 245 years old! I hope everyone has a great Fourth of July as we move on our way back to normal…ish. Kind of. Moving along…

ONE OF THESE NIGHTS

I participated in a local (NJ) bicentennial pageant sponsored by the VFW when I was sixteen.  During the competition, I was posed this question... “If you could live anywhere in the world, where would you live?”  Without hesitation I replied, “Right here in the USA.” There was a rousing round of applause from the intimate group gathered. I went on to say I would live here because of the many freedoms and rights we have. No other place in the world affords the kind of opportunity we have in America.

Months later, at the state competition, I was randomly asked the same question. So, I gave the same answer. This time to thunderous applause from a convention center filled with veterans.

I meant what I said. And, as I’ve gotten older, that sentiment rings even more true. I have traveled this country extensively. Thirty four states, at last count... I think. Each state has its own “flavor.” It has always amazed me how crossing an invisible border between states literally changes everything.  Accents, favorite foods, traditions, clothing styles, attitudes, landscapes and opinions. But, there is one common thread. We are all Americans. We are in this together, whether we want to be or not.

I’m not going to get political or list the Bill of Rights, but I think Freedom of Speech is one of our greatest gifts. The ability to speak our minds without the fear of being punished. To express ourselves to each other, whether in small groups or great gatherings is what fuels our progress. The United States will never be perfect. Nothing is. But there is progress, not perfection.

I actually get teary-eyed when I see the American flag! Especially when it is coming down the street in a parade carried by the Color Guard. I always put my hand to my heart and say, “God bless America.” I do this every time I drive over the causeway to Tybee and see the magnificent flag, stuck in the driftwood on the marsh. It is an instant thank-you to those who served and gave their lives and to those who currently serve to protect our freedom.